MINING - HOW TO GET A CRYPTOCURRENCY - Digitall Money
0
SHARES
ShareTweetSubscribe 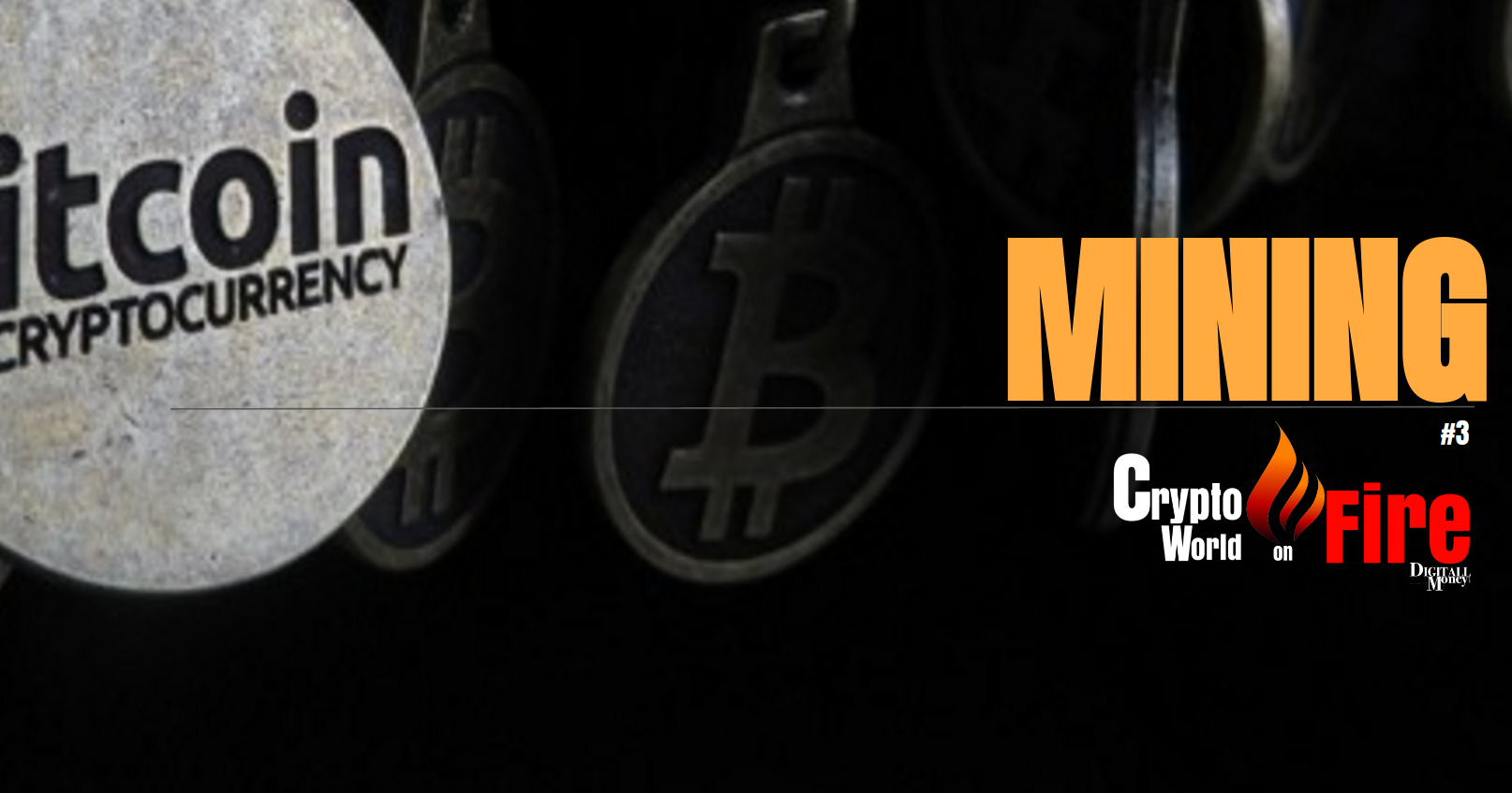 Let’s review some definitions / concepts for the cooler.

The cryptocurrency is a digital currency, founded in 2009 and known as BitCoin, but at this time there are about 30 cryptocurrency in the world recognized and regolamentizzate cryptocurrency and derived from the mother which is precisely BitCoin. Currently there is no central authority that controls the cryptocurrency and transactions and the issuance of the coins takes place freely between exchanges and trading within the same network.

“Most cryptocurrency are designed to gradually introduce new currency unit, placing a ceiling on the amount

of currency that is in circulation. This is done either to mimic the scarcity (and value) of precious metals, both to avoid hyperinflation. Compared with ordinary currencies managed by financial institutions, or kept as cash, the cryptocurrency are less susceptible to seizures by law enforcement. Existing cryptocurrency are all aliases that allow anonymity. “(Source Wikipedia)

How do you get a cryptocurrency?

You get a Cryptocurrency with Mining.

What means Undermining a cryptocurrency?

Mining (or creation) is the way used by the bitcoin system and cryptocurrency generally to issue currency.

The bitcoin network stores the transaction within data structures in “blocks jargon calls”.

So that a block can be added to the block chain, or the huge public database of all transactions in bitcoins, you need a computer the “close” by finding a particular code, which can only be guessed by dint of trial and mathematical algorithms .

This crystallizes the block, preventing any future change, and those who find that code is rewarded with a certain amount of bitcoins (currently 25), plus all the taxes from him of transactions included in the block, as an incentive to the time machine “donation” to the cause of bitcoin, which in a nutshell means to reward the massive use of electricity consumed by servers to get to this algorithm.

This action is known in mining parlance (creation), whose name derives from the bitcoin-gold parallelism, in which the reciprocal is made by miners who seek strenuously the gold nuggets in the rock, and saw the work behind the algorithms and parallelism is guessed.

A little history on cryptocurrency

When he designed the Bitcoin its creator network was confronted with the problem of how to issue new currency.

All global monetary systems emit currency through central banks and gold market by determining the value of the same coin in circulation, but the decentralization of bitcoin requires a method of creating equally decentralized currency.

The solution was to design the system which it would have delivered bitcoin as a prize to the network components that provide the processing power needed to strengthen and structure the same network, according to a random system designed to return bitcoin in proportion to the computational power provided.

To make these calculations, and the algorithm to find the miners must use powerful servers that consume large amounts of energy.

Initially, the only way to undermine the original client was used by enabling the “generation coins” feature, allowing you to use all the free time of the CPU to try to close the locks.

Since the Bitcoin was in its infancy, and the participants were very few, leaving a 24h / 24 PC you could reasonably expect to generate thousands of bitcoin day.

We must not forget, however, that the bitcoin at this stage had no value or utility, mining was little more than a donation to grant for the benefit of the project.

TODAY the bitcoin system is able to self-regulate: change the difficulty of the work required to close a block in such a way that in the entire network will generate an average of 6 new blocks per hour.

Over time, more and more people came to the bitcoin world, and therefore to mining, thus adding their computing power to the network.

This has caused the increase of the difficulty, decreasing the average daily gain for single machine by thousands of bitcoins per day to a few cents, and also bringing miners to join in “guilds” or Pool, the so-called “pool mining”, the purpose of which it is to ensure a more steady inflow of cash compared to mining in itself.

The positive aspect of this increase of difficulty was to allow the emergence of a demand and a market, thus providing the bitcoin tangible value and some liquidity (in fact, some banks now sell and cryptocurrency were listed on the stock market, see Unicredit ).

This in turn prompted the birth of the mining “professional”, ie the build powerful machines ad-hoc with the sole purpose of leaving lit 7d / 7 24h / 24 at undermining (the “Mining rig”) and resell the proceeds on the market or even sell contracts or actions that allow investors to gain from mining without having to build, configure and / or manage the necessary contracts.

I’ll make it easier to understand for you..

To own a cryptocurrency there are two options:

1) Purchase it. Concept of Stock Exchange. Buying a coin at a price and resell when the value will be increased. If the value does not increase no gain. If the value continues to fall I have to sell to contain spill.

2) Get it through Mining Server using only designed to do this, or SOLVE CODE OF BLOCKS to get money in return.

Code blocks are created by the founder of regulating the currency bestow the currency and to see the growth in demand, in order to give the right value to the currency itself.

The higher the demand, the more the value will grow.

Obviously these servers have a cost and have a power consumption not indifferent, do not forget that work on 24 24-7 on 7. In fact, the largest mining plants are shifting to eastern Europe, where the current costs much less the rest of Europe. Another factor is the power with which they undermine the stamp, this power is far Hash. GigaHash more and more coins you get in less time.

“What I want to emphasize is that banks are observing the phenomenon at least from what I can see myself. Banks observe the phenomenon, however, venture capitalists are investing heavily in this technology, especially the Americans. It means you are starting to create value. Now it is up to individuals and institutions, to those who want to understand this technology, how to capture this value.”

Certainly, in our view, the Bitcoin phenomenon will not be mainstream tomorrow. But it is a phenomenon that at the end will succeed in bringing innovation also in banks “.

Meanwhile the bitcoin mining specialized, going to use CPU to GPU (graphics cards), a FPGA (field programmable logic devices) and finally to ASIC (microprocessors tailored to a specific task).

These days the bitcoin mining today is a process that to be profitable, it requires expertise, dedicated hardware from the high cost and considerable investments.

On the other hand the availability of many computers at one time used to mine bitcoins and suddenly remained without work has led to the flourishing of alternative cryptocurrency whose peculiarity is that it can be mined only “home” hardware, at least for now.

The cryptocurrency of this type is definitely the most popular litecoin.

A little ‘theory of how Undermining a cryptocurrency

Technically, the mining of bitcoins is an operation of brute forcing (it is a searching algorithm of a problem as it is to see all theoretically possible solutions until you find the one actually correct – Source Wikipedia) where the purpose is to find the number to be included in a set of data (the header of the block) such that the double-hash SHA-256 (stands for Secure hash Algoritm) of such data is a lower number to a certain target (target), target that is calculated based on the degree of difficulty: the greater the difficulty, the smaller the target, the greater the necessary attempts to find the above number.

In practice, the computer that is turning the data mining program receives the header of the block that you are trying to close a suitably configured client (mining only) or via internet by a dedicated server (mining pool).

Within this header is added to a number, “nonce”, and the double-hash of everything is calculated.

If the hash is numerically less than the target, the header is sent to the server for approval, otherwise the nonce is incremented by one and control is repeated.

This operation is performed several million times per second, as many as the mhash / sec reported by the mining program.

Note that the mining is a process based on pure statistics: every attempt hashing has the same chance to be the good one. It makes no sense to say that they serve a number of hashes or a block of time to close, one can only speak of media.

With a traditional economy almost collapsed, who comes first to understand how this is an important method to become free will make a difference in the medium and long term. 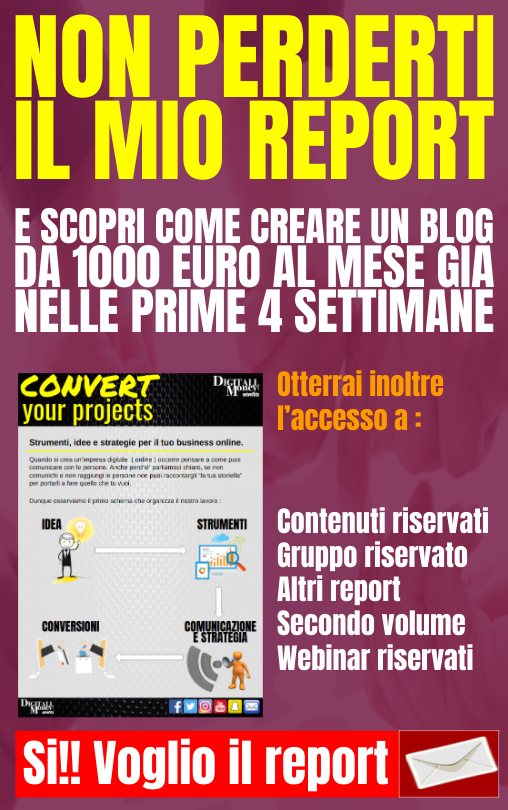 FIND WHAT YOU’RE LOOKING FOR

Best Hosting on the market 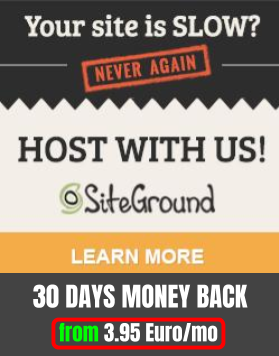